“It’s only Rock n Roll, but I like it” – the Rolling Stones

It’s after midnight. You’ve just seen the greatest gig of your life and you’re not quite ready to call it a night. What you need right now are darkened smoke filled rooms, loud rock n roll, several shots of Jäger, and carpet so sticky that it will rip off the soles of your shoes **- sounds like your kind of place? Shrug on your leather and follow me into the night… to 5 of my favourite rock bars in the United Kingdom.

Tucked down a wee lane off the main drag in Leeds, this is place is wonderful. The staff are great, the music is cracking – if its a quiet night you will often get chatting with the owner about bands. 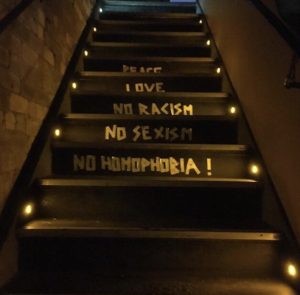 The Black Rose Tavern houses the best jukebox in all of Scotland, come early for a stomach lining feast. Come back after a gig for whisky and a sing-a-along. Check out the vending machine in the ladies toilets if you ever fancied buying an inflatable sheep, this is the place to get it.

Located just a couple of doors up from Manchester Academy, this is the best pre/ post gig venue in the city. Awesome whisky selection and a very rare rooftop terrace (finally a rock bar that isn’t in a basement). 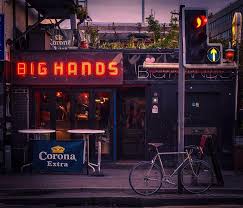 Solid Rock, is my Scottish home away from home. If you need a pint and a hit of Pantera at 4 in the afternoon, this is the place. Open until late, this is the first port of call before (and after) any show in the city. Awesome selection of draught and bottled beers, they also serve stomach lining eats until 9pm. Extra points for the pinball machine! The staff really know their music, you are always guaranteed to hear something you love. 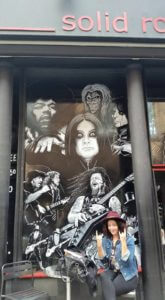 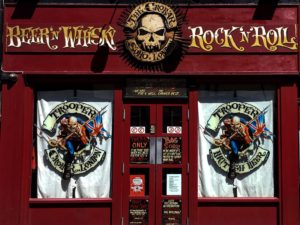 The London staple for me. I have never left Cro-Bar without multiple stories, mystery bruises, and several photos on my phone with a bunch of strangers. I always stop by whenever I’m in town.

Not only do they sell Einstock (A cracking Icelandic pale ale), they have one of the best Jukeboxes in England (with multiple Clutch albums) – do yourself a favour and pop in – this is place is just really F***ing GREAT!

**Many moons ago I was at a gig at the now defunct Pony Bar in Melbourne, the carpet was so sticky (the carpet was rumoured to have been taken from the Tote in Collingwood, and recycled there)  it quite literally took the sole off my shoe 🤣 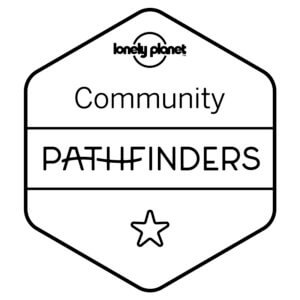